The Uchida family, the founders of Shitsurindo, have been engaged in lacquer tapping for generations. During the Edo period, we were given the “Shouyakaku” rating within the lacquer business.

Lacquer is one of the best paints in the world that has been nurtured in Japan. There is still no substitute for its practicality and texture.
Shitsurindo is about using only genuine lacquer, and each product is carefully finished by hand.

Lacquerware, which has been loved by people for a long time, has been handed down from person to person, from parents to children.
And it is a culture that we are proud of showing to the world.

Since its establishment in 1973, we have experienced many difficulties, however we will continue on with our lacquerware business making it suitable for the needs of the times.
We will continue to pass on the charm of lacquerware as well as the Japanese lacquer culture for future generations.

1774~1838 (An-ei era to Tenpou era)
Born in the Sabae clan of Echizen. In 1793 (Kansei era). Chuzaemon moved to the Jobantanakura clan as a personal engineer of the Sabae clan. He founded “Echizenya” in Tanakura (now Fukushima prefecture) and started the family lacquer business. He received the “Shouyakaku ” rating from his clan. During these times, there was a great boost of prosperity in the region.

1779?~? (An-ei era~?)
Born in the Sabae clan of Echizen. In 1793 (Kansei era), Chujiro took over his family’s business from his elder brother, Chuzaemon, who moved to the Tanakura clan. He ran the lacquer industry in Echizen Sabae. Therefore, Chujiro was the first of his generation in the Echizen Uchida family.

1835~1894
Chujiro next inherited the lacquer industry (lacquer tapping). He lost his wife early, so he had no children. He adopted the child from Tada Magoemon, called Yuzo, as his legitimate son.。

1859~1919 (Ansei era ~ Taisho period)
Yuzo entered the Uchida family as an adopted child from the Tada family. He ran the lacquer business and lacquer tapped in various places such as Tochigi and Fukushima prefecture. 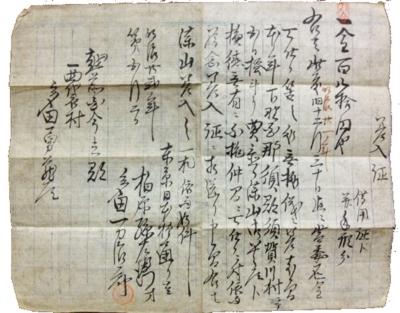 1885~1940 (Meiji period ~ Showa period)
Under his father, Yuzo, Chukichi changed from the lacquer tapping business to the laquerer (Nushi) business. He founded the Uchida Chukichi store. While operating as a lacquerer, he pioneered sales channels to consumer areas such as Nagoya city, Gifu city and other cities in the Chukyo area. One of the largest orders of Hachiju- wan was a set of 8 bowls in 2,000 pairs used for ceremonial events (In total 8,000). He integrated production techniques such as wood curving and also base and final coatings of lacquer to his products. Many craftsmen were employed and the company became one of the leading lacquer industry companies in the production district at that time. 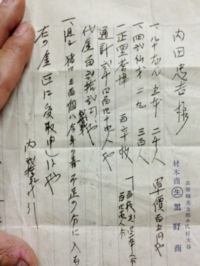 1926~ (Showa period~)
Tadashige inherited the Uchida Chukichi store and changed the name to the Uchida Tadashige lacquerware store. Also, he ran the lacquerer business and further expanded sales channels. In 1988 (Showa period), he incorporated the company, changed the company name to Shitsurindo Co., Ltd., moved to a new company building, and became the first representative director.

1946~ (Showa period~)
Kiyoji inherited the lacquerer business and expanded sales channels to commercial lacquerware in Tokyo and Osaka. In 1988, he became the representative director of Shitsurindo. Between 1995 and 2005, he worked for the Echizen Lacquerware Cooperative as a director for 10 years. In 2006 (Heisei period), he was awarded by the Japan Urushi Ware Federation of Cooperatives for his family’s long industrial development and promotion of lacquerware.

1976~ (Showa period~)
Toru inherited the laquerer business and studied under his father and grandfather. In 2009, he launched his own brand “aisomo cosomo”. In 2012, he was the youngest person in the production area’s history to become a traditional Japanese craftsman. He opened the “Owanya Uchida” store. In 2014, the company was selected by the Ministry of Economy, Trade and Industry as a part of ” GANBARU (Vibrant) Small and Medium Enterprises 300″. In 2016, the company’s store opened. The original brand “aisomo cosomo” was selected by METI KANSAI as a Cool Japan Promotion product. As of 2020, it has been 227 years since Shitsurindo Co.,Ltd. was founded. The company now runs a lacquerer (Nushi ) business and an atelier through the lacquer business. The current representative director is now the eighth in line to inherit the company.